The fair will feature cultural activities from 26 different countries, with a focus on Latin American countries. Two flag processions will take place at 10:30 a.m. and 12:30 p.m., the first in English and the second in Spanish, which feature flags from the 26 different countries and images of each country’s lady patronage.

Tents will also be set up on the church grounds until 5 p.m. housing multicultural entertainment, such as dancing and face painting and a variety of ethnic foods. Vendors such as Serenity Meadows and James Rivard will be sharing the tents with the different country displays.

“I love seeing all of the dancers from the different countries, and tasting some of the foods I probably never would have been able to taste before,” said Tina Verpault, who works with the office staff at Resurrection Catholic and has attended every fair so far.

“As a Catholic, I found it interesting that each country had a patronage and the stories behind them are so cool,” she said about past events.

Parking and admission is free for the International Fraternity Fair and individuals of all ages are welcome. Tickets will be sold for food and raffles.

“There is a team of dedicated volunteers who have been working on this venture for a couple of months, through illness and hardships,” commented Verpault. “This team, although from many ethnic backgrounds, is working as one to put on the International Fraternity Fair. This is what it’s all about, unity through diversity.”

Resurrection Catholic Church is located at 6819 Krycul Ave. in Riverview. For information, visit www.resurrectioncatholicriverview.com or call 677-2175.

Village Inn Riverview and Brandon Continues To Thrive Through The Pandemic 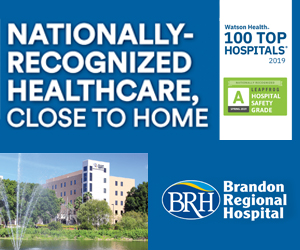