According to Desh Bagley, HCC camp coordinator, HCC Brandon has hosted all-girls robotics camps for five years. The camp was for girls in grades 5-10 and was hosted via Zoom from 9 a.m.-12 Noon, Monday-Friday.

Bagley explained it was very important to those in charge of the camp to give the girls the opportunity to learn together with hands-on tools as in previous summers.

The camp provided participants with UBTECH’s UKIT Intermediate robotic kits to work with and keep at the camp.

The kits included a microprocessor, four servo motors, wheels, LEDs, IR sensor, touch sensor and a charging cable, altogether valued at $299, and were made available to the girls through a partnership with the Tampa Bay STEM Network, Hillsborough Education Foundation, Women In Defense and UBTECH Education.

By using the UKIT app that was available through tablets and cellphones, the girls were able to look at 3D models of the robots they were building and were able to program robots through Bluetooth.

Campers built multiple robots and learned skills about robotics, including motors, sensors, lights along with controls such as joysticks and buttons. At the end of the week, each girl was given the task of creating her own robot using these skills and gave a presentation through Zoom. The goal was to make a robot that could help in the community or the world.

They then demonstrated their robots in action and showed the code on the UKIT app. Some of the robot designs included companion robots, food serving robots, robotic pets, police officer robots, trash collecting robots, hand sanitizer dispensing robots and many more.

Shirley Dobbins, HCC Engineering Technology Department chair, stated that her hopes for the future of the program, along with the continual support of their partner, include being able to be on the campus next summer and make some creative and competitive activities that will challenge and encourage the young ladies participating.

“I enjoy[ed] the joy and sense of accomplishment displayed by the young ladies,” Dobbins stated.

Parents can find more information on future camps and other opportunities, including virtual robotics teams for schools and communities, by contacting Bagley at dbagley5@hccfl.edu. Learn more at www.westfloridarobotics.org. 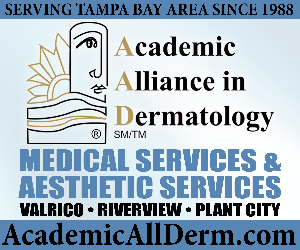